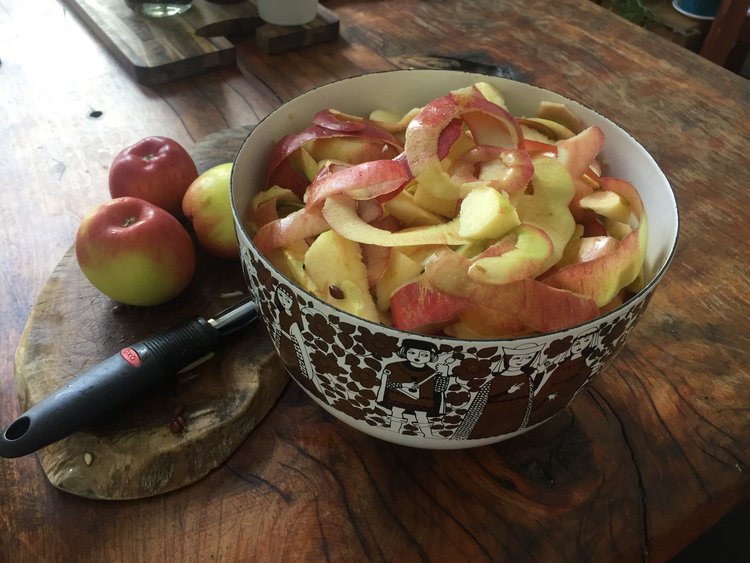 “My mama made this delicious sweet treat and the house would smell of cinnamon and love. What I love most is that it doesn’t have added sugars, the spices add the extra flavor and the apples do the rest.” - Sacha, Pōneke / Wellington

Peel all apples, core them and chop in chunks and put in big pot.

Add a few cups of water (depending on size pot, basically put the apples in a few centimeters of water.

Boil the apples until soft, stir occasionally and mash them once soft enough

Add ginger, cinnamon and cloves and stir it all in.

“If you make a big batch, the slow cooker is great! And you can freeze some for later. Appelmoes is yummy with yogurt and great as a base with other cut fruits in a crumble. Or you make filos with some as a sweet treat.” Sacha

No waste tip from Sacha: if you have chickens or pigs, they love apple cores and peel, but you can also cook the peel in boiled water with some honey, lemon or a cinnamon stick for about an hour and then let it sit for a while. (Recipes for Apple tea on Google).